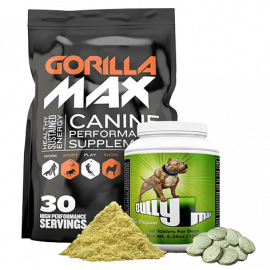 Pit bulls are a loyal and loving breed of dog with countless good qualities. And as a proud owner of this wonderful breed, it’s your responsibility to keep your dog—and other dogs in the area—safe and happy.

In order to do that, it’s important to take the proper steps to prevent dog fights.

In the right circumstances, all dogs will fight. But pit bulls fights can be more frequent and more severe if you don’t know how to prevent them.

A dog fight might sound scary, but the truth is that you can easily prevent them by making a few smart decisions. And if a fight does break out, you can break it up quickly as long as you know what to expect and how to react.

A Few Things You Need to Understand About Pit Bulls

What Causes Dogs to Fight?

How to Prevent Dog Fights

The #1 best way to prevent dog fights in your home is to make the pit bull your only pet. As we mentioned above, pit bulls are “people dogs” who enjoy spending time with your family and do not need another dog to be happy.

If you prefer to have more than one dog, here are 8 tips to minimize any chance of fighting:

What If A Fight Does Break Out?

If your dog does start fighting, it’s important not to panic. Screaming and panicking will not stop a fight, it will only intensify it. By staying calming and using the proper tools, you can break up the fight quickly.

How to break up a dog fight, Method 1:

The two things you will need are a break stick (to pry the dog’s mouth open) and a collar or leash (to pull the dogs apart). It’s important to keep collars on your dogs at all times. Breaking up a dog fight is more difficult when the dogs are not wearing collars.

A break stick is a stick you insert between the dog’s back teeth. Then, twist the stick to pry the dog’s mouth open.

Once the dog’s mouth is open and the hold is broken, grab their collars or leashes and pull UP. Avoid pulling them apart face to face at ground level, it will only make them fight more intensely. Separate the dogs as quickly as you can—by putting them in separate rooms, or tying one to a tree while you remove the other.

How to break up a dog fight, Method 2:

One of the FASTEST and SAFEST way to break up a dog fight is by grabbing both dogs by their collars and holding them in in the air as high as possible, so the dogs lose oxygen. Without oxygen, they will not be able to hold their grip.

Yes, one dog will usually lose oxygen before the other, but as long as both dog’s front feet are off the ground and the collar is applying direct pressure to bottom of neck (as high up on neck as possible) they WILL lose oxygen and release their grip.

Do not hold the dogs in the air ANY longer than necessary — and that is the moment the dog releases its grip.

NEVER scold or hit your dog after a fight. Speak quietly to the dog to sooth it and reduce the arousal level. After the fight is over, it’s important that you create peace, harmony, and balance.

The idea of a dog fight might sound scary, but as long as you follow this advice you shouldn’t have anything to worry about. Just be mindful of your dog’s heritage, and you’ll have a loving family member who will be a source of happiness for years to come. 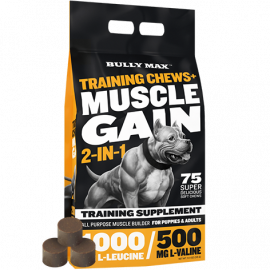 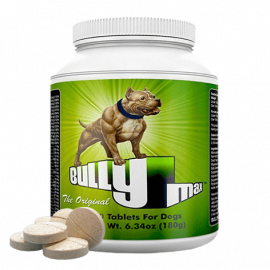 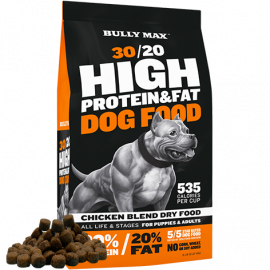