OVER 18 MILLION TABLETS SERVED SINCE 2008

In an odd twist of fate, these dogs that had originated in Britannia during the Roman Empire’s conquest of the island eventually returned to Britain as we know it today. This time, the citizens of Britain revered the dogs for their physical characteristics and fearlessness as game dogs. The first mention of these dogs in Britain at this time came in 1406 when Edmond de Langley, Duke of York, mentioned them in a treatise.

The Duke of York was describing a dog known as an “Alaunt,” which was coveted as a baiting dog because of its tenacity and strength. By 1631, there was the first evidence of a split between mastiffs and bulldogs when a letter from an Englishmen in Spain written to a friend in London asked for one mastiff and two bulldogs, insinuating there was a separate breed by this time in the pit bull lineage.

Over the course of the next two-hundred years a specific breed that is considered the direct descendant of modern American Pit Bull Terriers would begin to emerge. At this point history, bulldogs and bait dogs weren’t used as terms to define dogs by a specific breed, but rather by the characteristics and traits valued by owners. While mastiffs had long served as excellent guards of livestock and property, bulldogs and bait dogs had an altogether different purpose.

While the mastiff added power and physical strength to the breed, it was the bulldog and bait dog that added tenacity and a sense of a ferocity to the breed. British noblemen would use these dogs to bait bears, bulls (an origin of the bulldog name), and wild hogs during hunts, allowing their dogs to chase the animals down and even take them down when need be.

In fact, British owners at this time used bulldogs and bait dogs for everything from baiting and stock work on the farm to fighting and use as a companion animal. The breed was uniquely capable of extreme ferocity toward other animals and dog breeds, but at the same time capable of extreme compassion and gentleness in the presence of humans.

These bulldog forerunners to the modern pit bull were eventually bred in the 18th and 19th century in Britain to be fighting dogs. The ability of the dogs to ferociously attack one another, but easily separate when a human got in the way, made them a favorite of breeders looking to selectively breed for the fiercest game dogs possible. 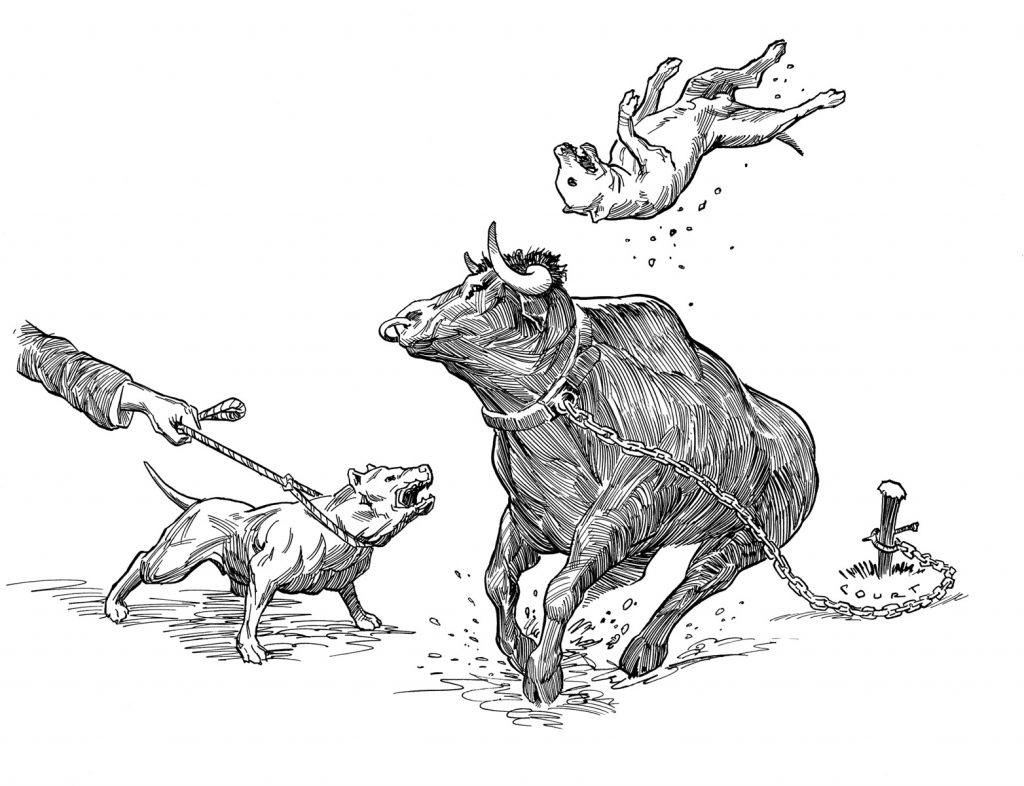 Oddly enough, it was the criminalization of baiting in Britain in 1835 that turned more breeders toward the practice of selectively breeding these pit bull predecessors for fighting. Now that the larger, bulkier features of the mastiff were no longer a high priority on a breeder’s mind, the British introduced another breed line into what would become the American Pit Bull Terrier.

Because dog fighting pitted dogs of similar size against one another in a small pit, rather than against larger bears or bulls in an open field, the terrier was crossbred with these bulldogs for fighting purposes. The bulldog’s dog-directed aggression, smaller size, and agility in the pit was crossed with the scrappy speed of the terrier. These pit bull terriers were the first pit bulls as we know them today, but not all were bred for and used specifically in fighting pits.

While the British were selectively breeding these original bulldogs and terriers together for the purposes of creating the ultimate fighter of the dog world, the combined traits of the two separate breeds introduced a number of other benefits to the breed as a whole. The versatile bloodline of the bulldogs used in the breeding of these early pit bulls made them suitable dogs for use in a number of nonfighting roles within human society as well.

Pit bulls are often considered to possess gameness. As odd as this term may seem, its general definition is “a willingness to see a task through to completion, even when serious injury or death are a possibility.” While these traits served a purpose in the fighting world, in rural England at the time these were also valuable traits in dogs used on farms.

Farmers and landowners could trust in their pit bulls to show little fear in clashing with other wild animals, making them excellent property guards and protectors of valuable livestock. Believe it or not, the high pain tolerance of these animals made it much less likely that they would bite back out of fear and pain, making them the perfect early family pet in households with young children. These very features would contribute to the breed’s early popularity in the United States as well, setting the stage for the growth of the American Pit Bull Terrier.

Introduction to the United States

The breed that would eventually become the American Pit Bull Terrier first arrived in the United States just ahead of the outbreak of the Civil War. Similar to England, the pit bull would experience an explosion in popularity once it arrived in the US, and a lot of that had to do with the conditions at the time.

In the mid-19th century, the US was still a heavily agricultural nation. Most of the nation’s space was devoted to farming, and hearty families were still moving westward when the pit bull landed on American shores for the first time. The dog’s fighting tenacity and its usefulness to families with land and countless natural threats from other creatures made for a perfect fit.

Rural farmers and landowners coveted the new arrival for its ability to protect the homestead and family while men were hunting or working in the field. Those families raising cattle and other livestock counted on the tenacity and power of the pit bull to keep wolves, cougars, and coyotes at bay.

Of course, the fighting nature of the dogs also made them an excellent fit in military units when the Civil War finally erupted in 1861. Regiments on both sides of the Mason Dixon Line used pit bulls during fighting in the Civil War. One particular dog named Sallie evened earned war-hero status serving with the Pennsylvania Infantry during the war.

Following the war, the pit bull would build an early status as a beloved dog in America, even going on to earn its own recognition separate from its British counterparts. The breed in the states would become known as the American Pit Bull Terrier, while those who remained behind in Britain to evolve differently were known as Staffordshire Bull Terrier. The foundation, growth, and evolution of the American Pit Bull Terrier is further explored in our next section. 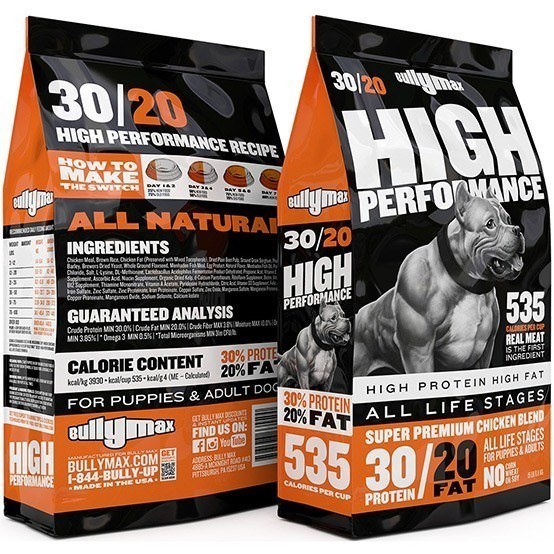